This winter has been very long.   I had been leaving to work in utter darkness each morning and returning home to greet dusk, but, yes, there is finally daylight when I get home from work at the end of the day!  Winter has made it  difficult to find opportunities to shoot.  Recently,  however, I bought a Phalaenopsis (a moth orchid)  as a prop to phot0graph in the late afternoon light in the kitchen.  I also cracked open a Magic Pack of Time-Zero given to me by a special friend in addition to a pack of 100 Chocolate film that I bought from Polapremium.  Shooting both types of film definitely brought a bit of levity back to my life, and the Choco turned out to be something I love.

The Chocolate Addiction: Composing with the Land camera, especially with a closeup attachment (as was done here) is not an easy thing.  There is a lot of parallex error, and it takes time and a considerable wastage of film to learn to compose with the mind’s eye rather than with the viewfinder.  Anyway, this 100 Chocolate film, with its rich contrast and lovely crackelure, has earned my affection along with my other favorite film types, Neopan and Time-Zero.  My newly acquired love of chocolate. 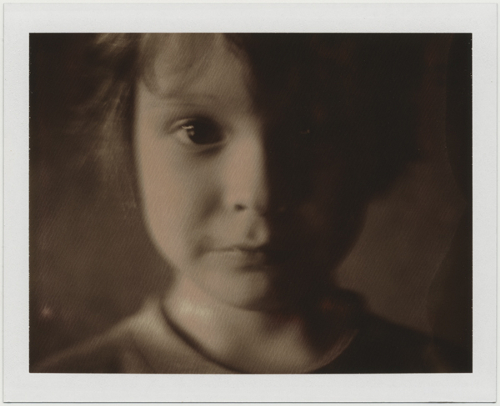 The Obsession: I’ve been inclined towards nurturing my own obsessions throughout the course of my life.  I used to have a wild passion for orchids and owned and cared for hundreds of them!  Now they find their place in my life as occasional props for Polaroid photography.   Time-Zero film has been been the object of my affection for a long time now, though.  I hope I’m not like the fellow in Adaptation who says, “Fuck fish“.  I probably am, just a little, but I think my passion for photography is going to stick. 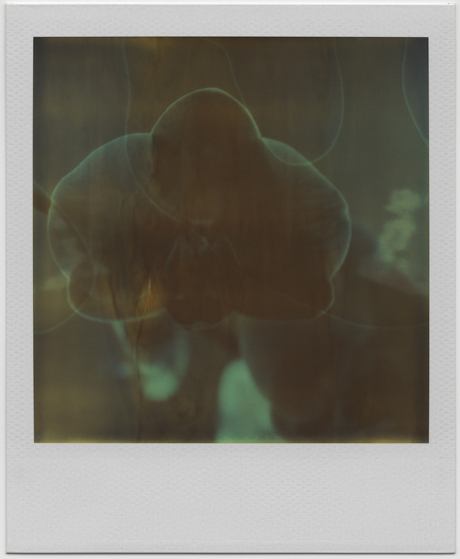 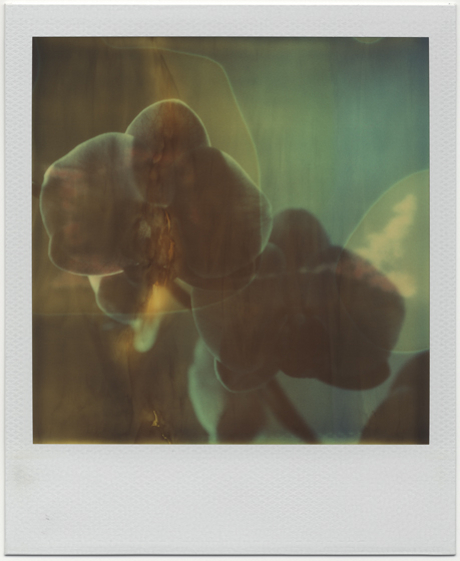 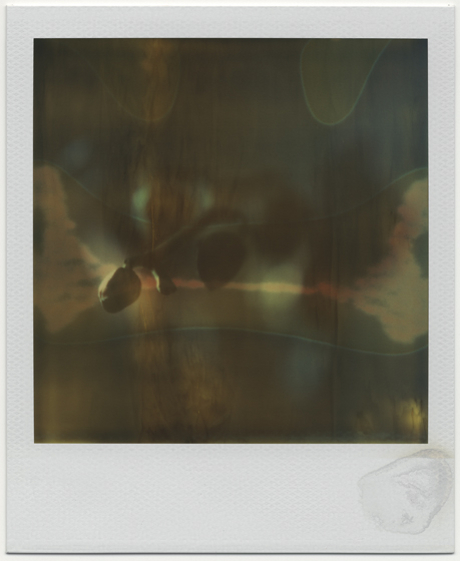 Thanks for looking at my photographs,
Elinor

Things Get Strange: for the love of distortion & blur

Multiple exposures with the malfunctioning shutter of a Diana camera can render interesting results. 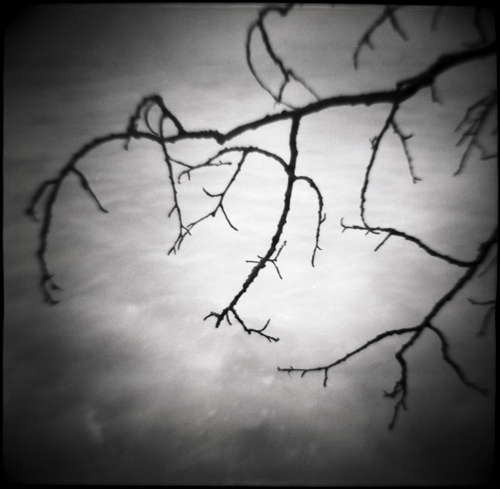 More from the Diana camera… 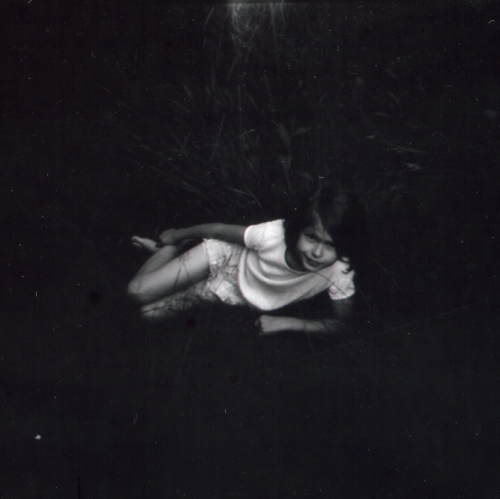 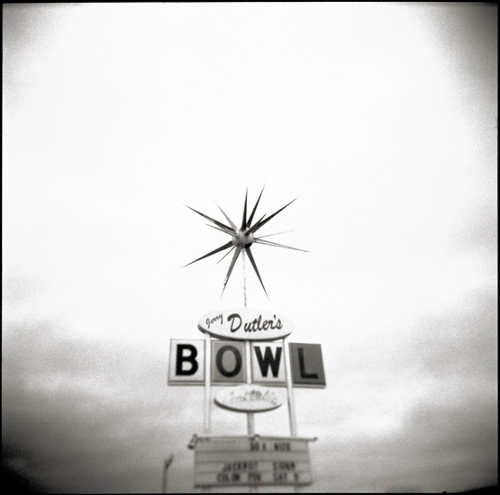 Diana camera shot of a mausoleum door in the cemetery next door to the Glensheen Mansion in Duluth, MN. 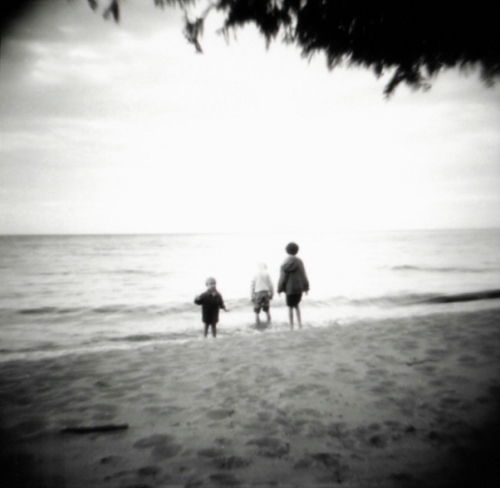 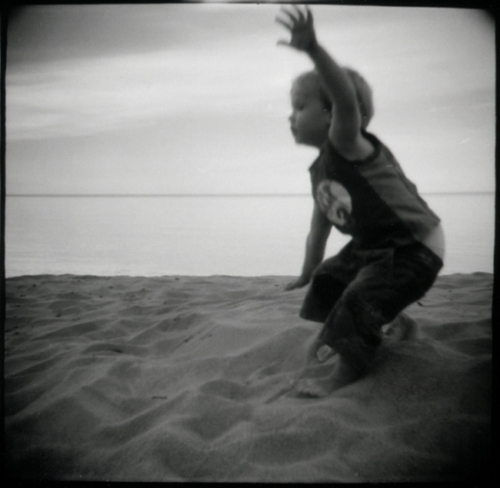 holding up half the sky

No gratuitous umbrella shots here… It was raining, and my daughter was carrying her Hello Kitty umbrella with her. 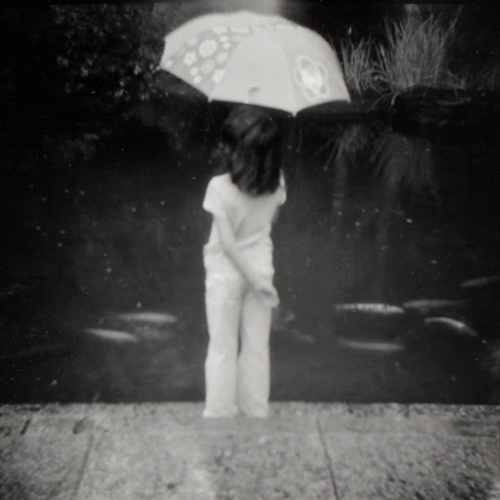 a girl with her umbrella 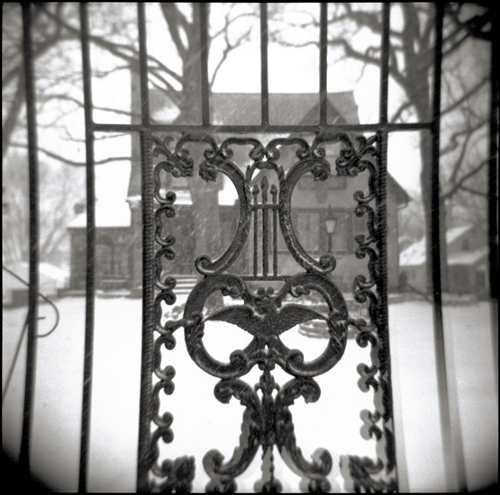 Finally, through January 6th, if you buy one regularly priced item from my Etsy Shop, you’ll receive a gift print.  (This excludes the items in the New Year Specials section of my shop.)

While some photographers are dreaming of the next spec to be introduced to digital SLR technology, there are those who think the crappier the camera the better.  While that might be a bit of an exaggeration,  some of us do consider distortion, blur, light leaks, and vignetting to be features rather than qualities to be avoided in our photographs.  We are the lovers of toy cameras. 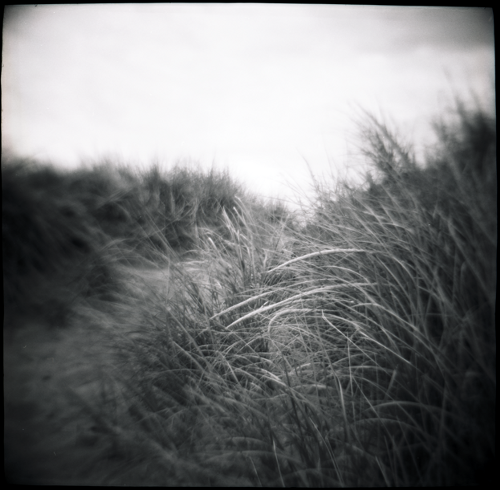 Toy cameras are inexpensive cameras made mostly from plastic, often including even the lens.  The Diana camera has been around since the 1960s, whereas the Holga didn’t arrive on the scene until 1982.  There are many, many more types of toy cameras, but the two with which I have worked most often are the Diana camera and the Holga.  I actually prefer the Diana camera, and, among my Diana cameras, I even have my favorite, for each Diana camera is unique.

Though the name implies play, many artists are serious about low-fidelity photography.  A good online resource for you, if you are interested in working with toy cameras, is toycamera.com,  which is associated with Light Leaks Magazine.  There is also an annual Krappy Kamera contest and show at the Soho Photo Gallery.

This collection of my own toy camera work emphasizes dream and memory.  I made all of the photos with either the Diana camera or the Holga.  It’s not the season of the year that is important in the set but the way in which the photos yield to the suggestion of dream.

The two following photographs are double exposures taken with a Diana camera of my children at Lake Superior. 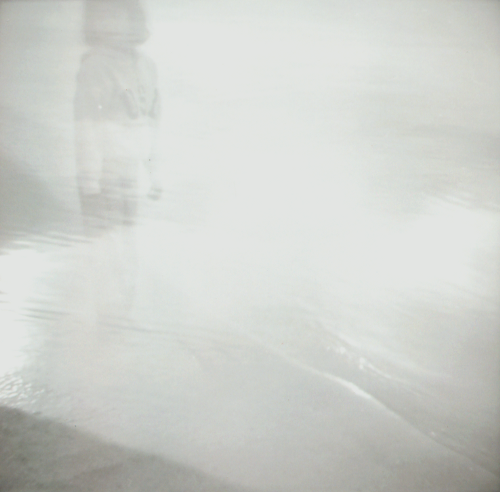 daughter of the sea 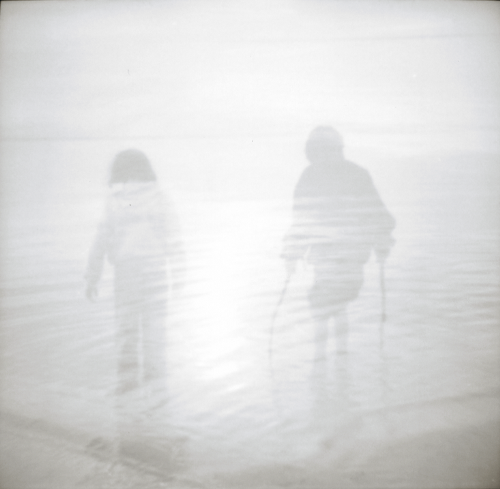 Walking out over the ice of Lake Superior… 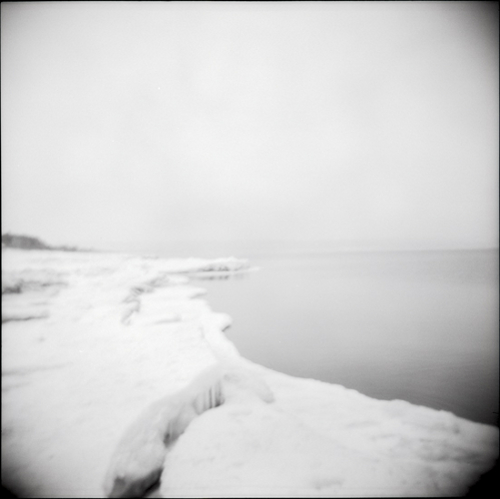 a poem for one voice 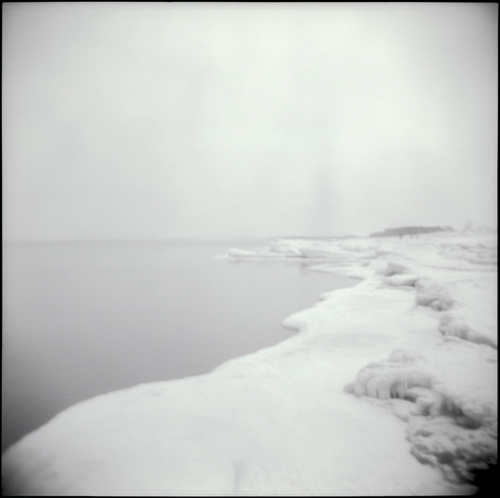 Shooting into light and mist with a Diana camera… 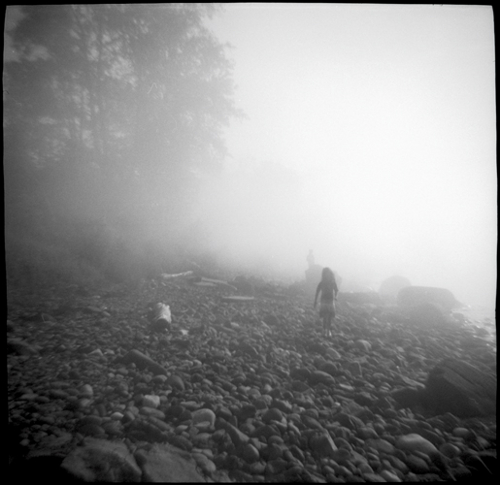 from light and mist 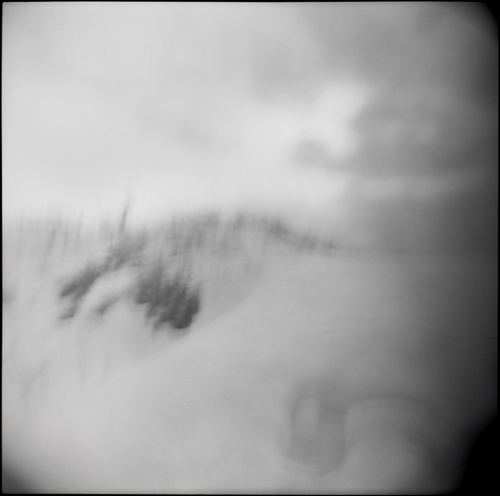 the dreams of a stranger

Finally, I’m currently having a sale in my Etsy Shop.  The price for all the items in the sale items section have been reduced.  At least one photograph in that section is a toy camera shot.  If you don’t have an Etsy account for shopping, you can always contact me by email about purchases.

In our home, photography is a fact of life.  Every member of the family has been a photographic subject or the one behind the lens at one time or another, and for me that adds up to a lot of portraits of family and friends in my body of work.  While I have taken my fair share of digital portraits, the portraits in film are the ones I love best, perhaps because the results of black and white digital conversion still cannot compare to the range of tonality one gets with black and white film types.  I happen to love black and white portraits.

The following photo, The Naturual, shows my youngest son’s love for my favorite Diana camera.  Each Diana camera is different.  His favorite camera always seems to be what my favorite is at the time. 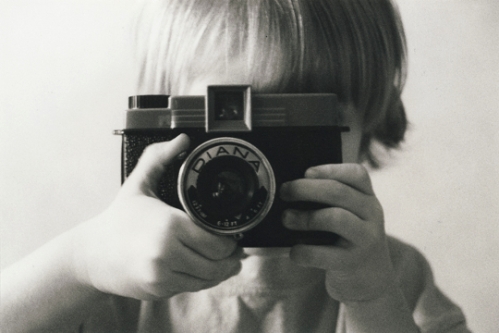 Photography is a family affair. 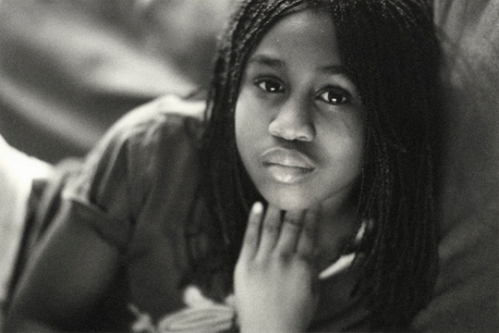 Here is an angel among us.  Look at the hearts in his eyes. 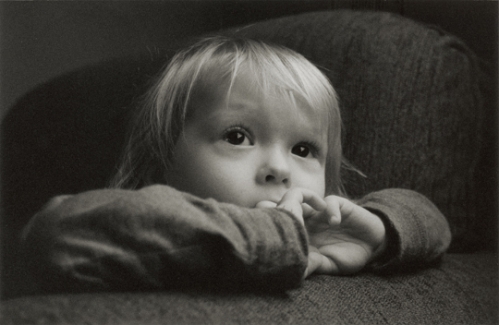 It’s nice to remember the longer days during these, the darkest, coldest, shortest days of the year. 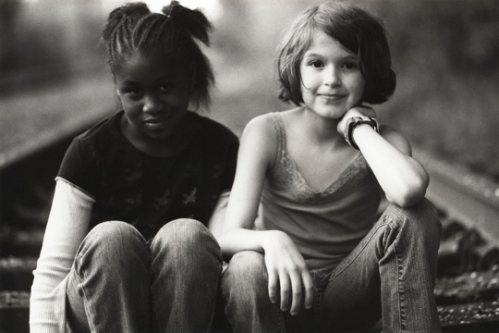 More memories from the neighborhood… 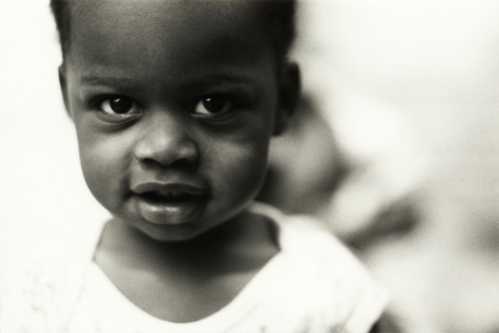 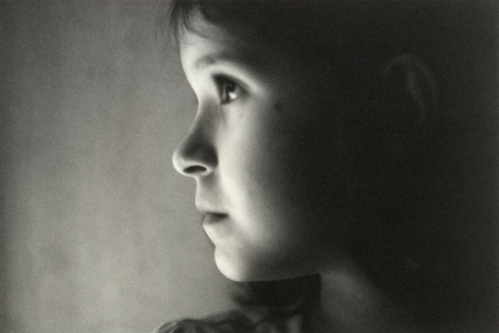 My youngest son with my oldest son’s girlfriend…  My youngest has the brightest eyes you’ll ever see. 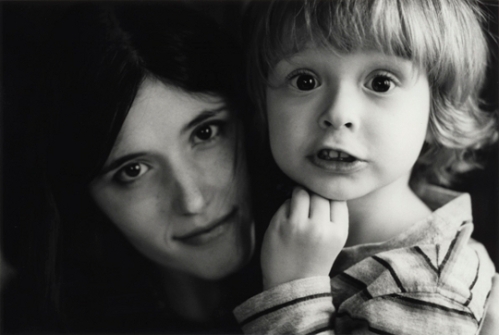 And finally a portrait of the artist herself… a very old portrait!  It was taken with my late grandfather’s old Pentax. 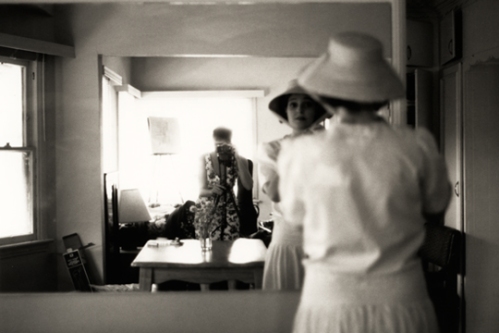 Finally, through Decemeber 23rd, if you purchase any item from my Etsy Shop, you will receive an extra photograph!  You may contact me about availability for gifts, either through Etsy or via email at elinor@equivoquephoto.com.  Here are some of the photos currently offered in my Etsy Shop.

In the Form of a Dream

a poem in light